The 12th Annual Operation Taghoy Benefit Dinner and Auction was held last evening September 19, 2009 at the Arvada Center in this Denver suburb. It brought many of the 2009 Mission Volunteers together once again to begin preparations for our 2010 Mission in January and February. Together over 150 guests were present.

Debra Denkler – Mission Volunteer and Steve Mazzarella – the father of a very energetic young adopted son gave brief descriptions of their times and life in supporting the less fortunate over the years. 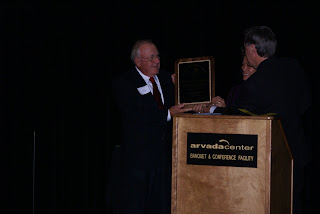 Among the festivities were 2009 Humanitarian Awards presented to Dr. Jack Dahl for his many years of faithful and positive participation with the TAGHOY teams. 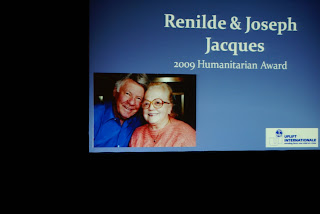 Another Humanitarian award was presented to Renilde and Joseph Jacques in providing hope to those less fortunate in addition to their financial participation to Uplift Internationale during many years of devotion. 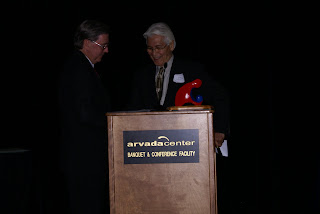 Then a rather unique Founders Award was presented to Dr. Jaime Yrastorza in leading the teams to his native Philippines during the past 20years.
Dr. David Charles, MD is now Chairman of the Board of Directors of Uplift Internationale, replacing Jaime in that role. David presented the two Humanitarian Awards and the Founders Award.

Another event was given by the Filipino-American Community Dance Group during the dinner hour. We were treated to 5 different Filipino dances some of which are shown here. 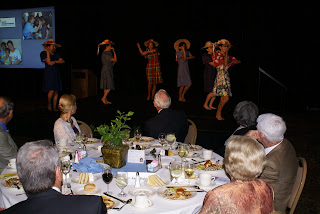 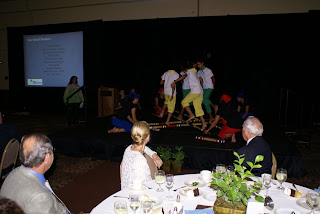 A video was shown of Meg S. u Lunn explaining her role as each team has visited the various sites in the Philippines. I know from just being on the 2009 Mission what a blessing Megs brings to each Mission.

The entire event was a production led by Kerr-Ann Appleton, Executive Director and her Event Committee. The dinner tables are shown with a Sampaguita Flower in the center of each table. These flowers are the National Flower of the Philippines and were flown in from Los Angeles as they are a tropical plant. They were auctioned off during the Live Auction for $250.00, the price of Adopt-a Child. Adam Kevil was the Auctioneer and the Emcee for the event was Jamie Kim of 9 News in Denver. 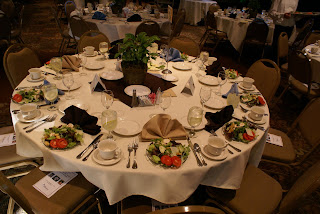