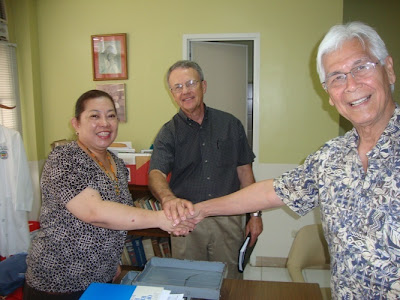 The team taghoy was overwhelmed by the positive response from the people of Negros Occidental for accepting the mission 2012 in their province. Initially, the idea of the taghoy mission in Negros was conceived by the team with then Governor Maranon. After almost three years of preliminary meetings and series of consultation from the local medical doctors and the Rotarians, finally, the mission is scheduled on Feb. 5-10, 2012 at the TLJ Provincial Hospital, province of Silay.

The composition of the local major hosts will be the Province of Negros, LGU- Silay, Rotary Club of North, Rotary Club of Silay and other prospective benefactors. On the other hand, team taghoy will be composed of four (4) surgical team with a total volunteer medical and non-medical professionals to about 30-35 persons. They are targeting 50 t0 60 patients with cleft and palate to be operated within a 5-day period.