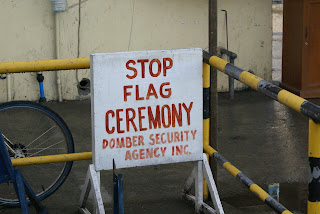 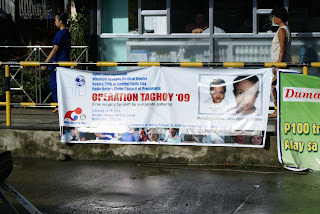 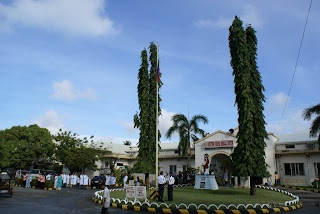 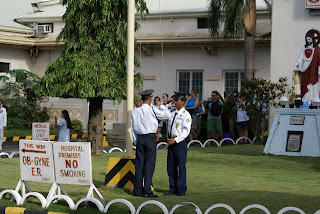 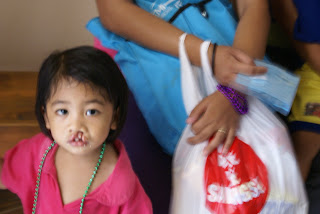 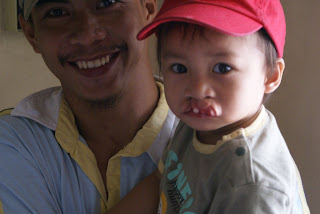 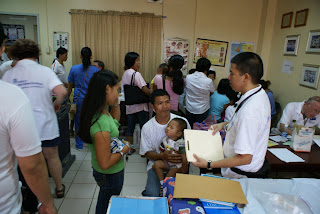 We’re off and “running”! The order of the day was the Philippine Flag Raising. Every Monday there is a Flag Raising ceremony starting at 8:15 A.M. No work is accomplished until that ceremony is finished. I checked with Jaime and the purpose is to bring a sense of community and nationalism to the Philippine nation. As Jaime noted there are over 7,000 islands in the Philippines with some 87 dialects among the varied residents. The only problem the TAGHOY team had was that we couldn’t begin our screening until around 9:00 A.M. The hospital staff all took part, as you might see in the photos.

Thankfully we had spent a great amount of time on Sunday getting things set up. 9 stations were set up in two rooms. Registration, Vital Signs, Pediatrics, Anesthesia, Surgery, Dentistry, Speech-Audio, Photos and Scheduling. To give you an idea of the age range, one mother was nursing an infant who will have surgery tomorrow and another man will have surgery on Thursday who has had Cleft problems since he was born 45 years ago. There were several grade school aged children as well as several teenagers. It is difficult to comprehend what it might be like to live with such deformities over extensive periods of time. For some reason or another there are still some 15 to 20 more yet to be screened tomorrow, if they show up. Some 4 patients had surgery this afternoon. We have two operating rooms, with two operating tables in each room.